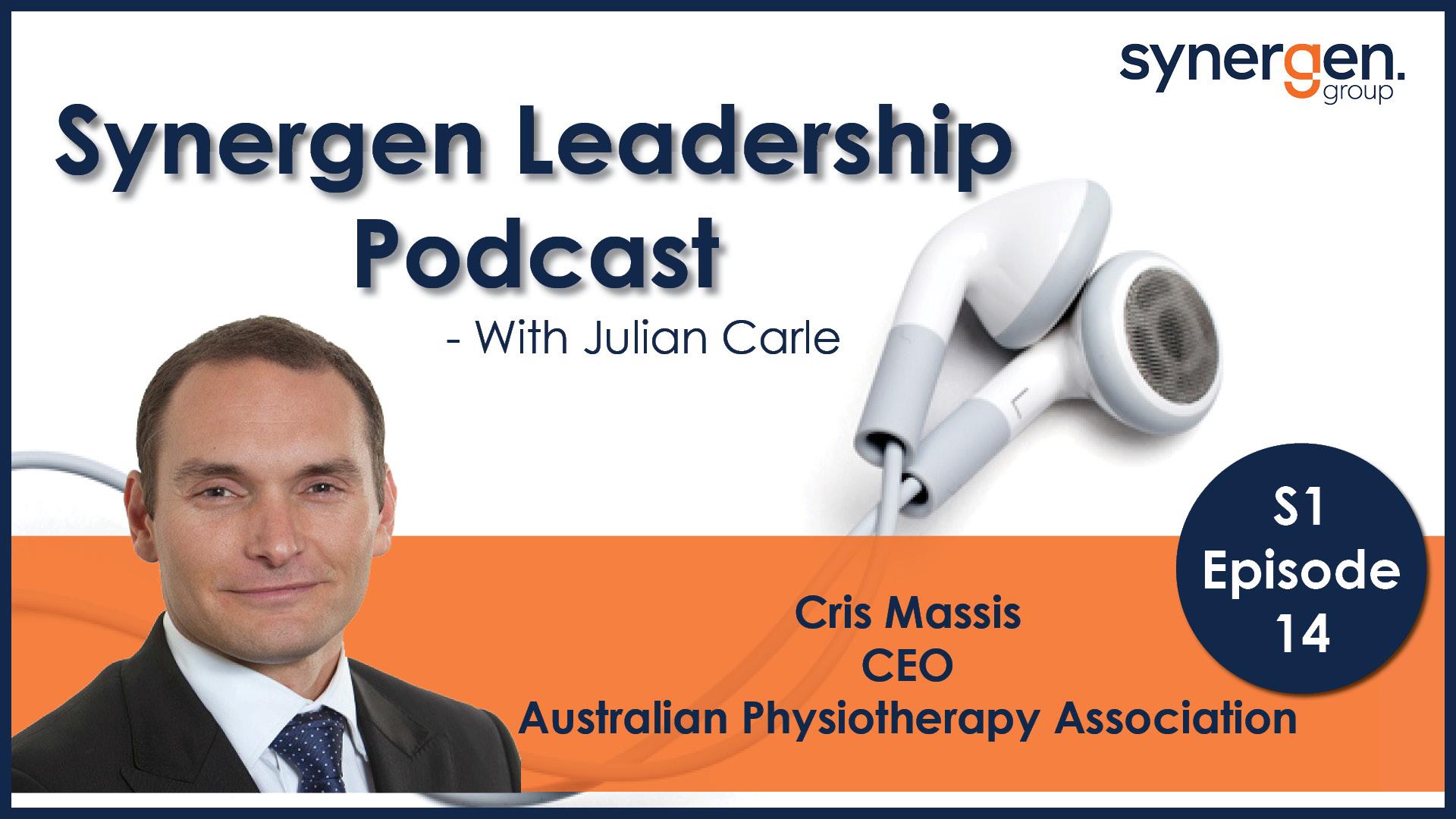 In episode 14 of the Synergen Leadership Podcast, Julian speaks with Cris Massis, CEO of the Australian Physiotherapy Association.

The Australian Physiotherapy Association (APA) is the peak body representing the interests of Australian physiotherapists and their patients. The organisation has almost 25,000 members and over 300 members in volunteer positions on committees or working parties.

In this honest and frank interview, Cris talks about his personal leadership style and how he believes relationships and personality traits can lead to success, and how titles and reporting lines can have little to do with true leadership.

Cris also shares his view on his current role and its responsibilities, including the challenges the industry and market face in the future.  Also talking candidly about his future plans, Cris shares the importance of purpose and why that drives him on his leadership journey.