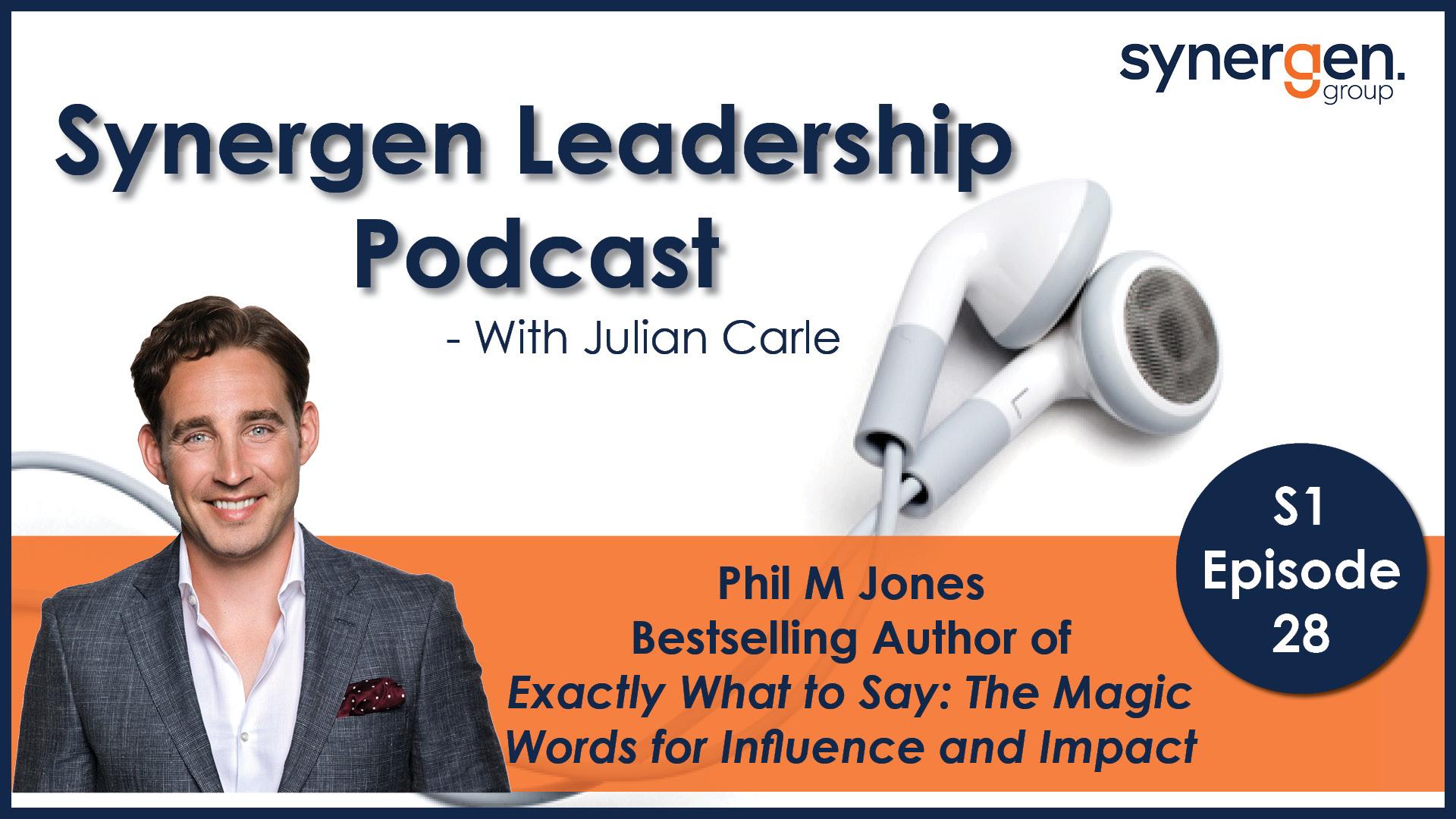 S1 | Ep28 Phil M Jones – Author of Exactly What to Say: The Magic Words for Influence and Impact

Posted at h in Interview - Author, Season 1 by 0 Comments

Phil entered the world of business at the tender age of 14. With nothing more than a bucket and sponge, he went from single-handedly washing cars at weekends to hiring a fleet of friends working on his behalf, resulting in him earning more than his teachers by the time he was 15.  Soon after, at just 18, Phil was offered the role of Sales Manager at fashion retailer Debenhams – making him the youngest Sales Manager in the company’s history.

In 2008, after several years of being one of the most in-demand young sales leaders in the UK, Phil decided it was time to dedicate his future to helping others to succeed and has now trained thousands of people and has given over 2,000 presentations in more than 50 countries across five continents.

In today’s episode, Julian explores the concepts in Phil’s most recent book, Exactly What to Say: The Magic Words for Influence and Impact. Julian talks with Phil about how a leader can apply some of these ‘Magic Words’ in business by mastering the simple persuasion triggers of language. Purchase Exactly What to Say: The Magic Words for Influence and Impact