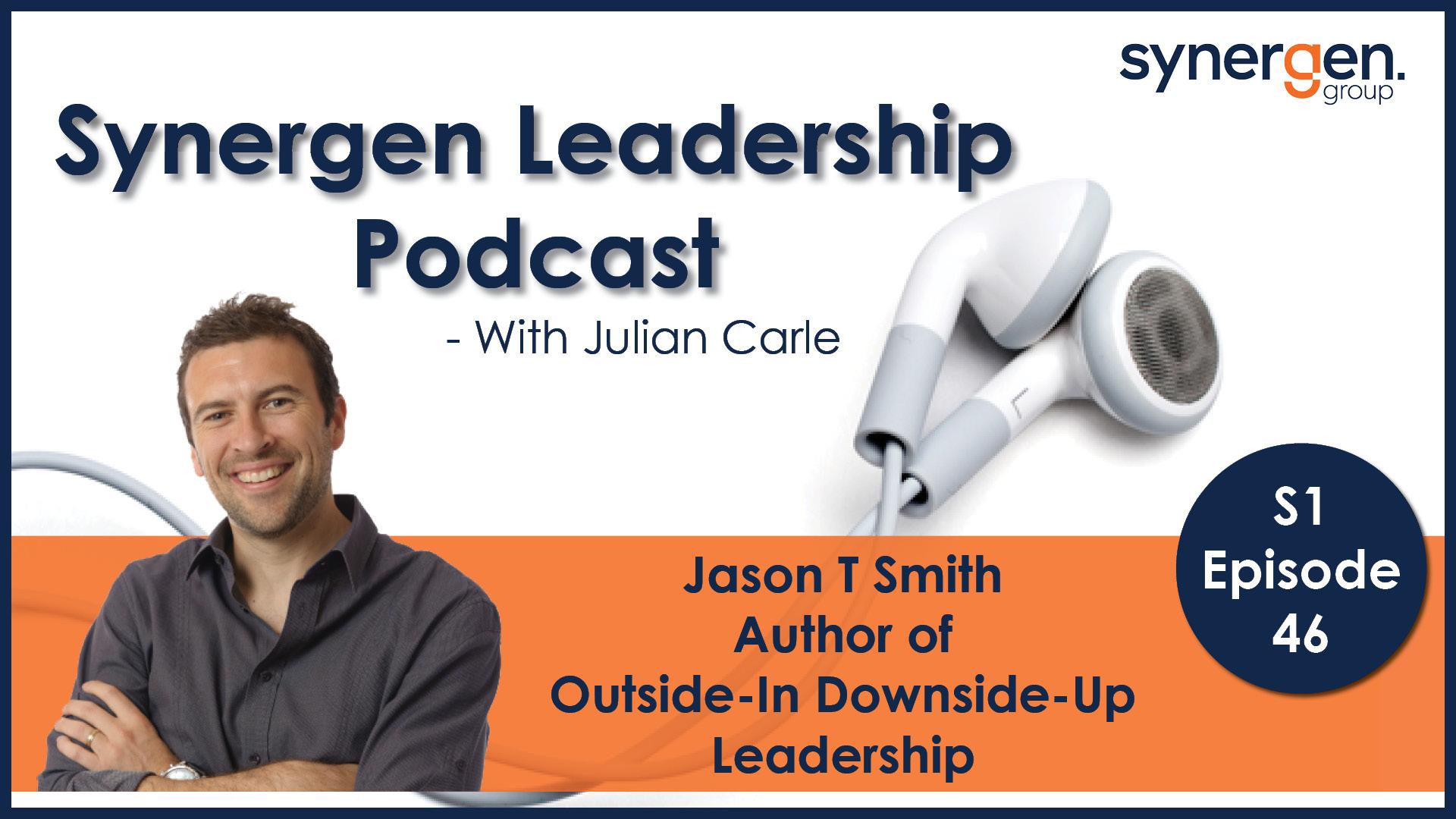 In episode 46 of the Synergen Leadership Podcast, Julian speaks with Jason T Smith, author of Outside-in, Downside-up Leadership and Group Director of Back In Motion Health Group.

Jason founded the Back In Motion Health Group from his garage in 1999. He now leads a team of more than 600 professionals in over 100 locations across Australia and New Zealand.

In his chat with Julian, Jason talk more about his second book, Outside-in, Downside-up.  In this book, Jason tells the story of how he turned the traditional vertical organisation structure on its head and implemented a whole new concept – a sweet spot between distributed authority and peer accountability.  This saw his business generate revenues of near $50 million, in more than 100 locations.