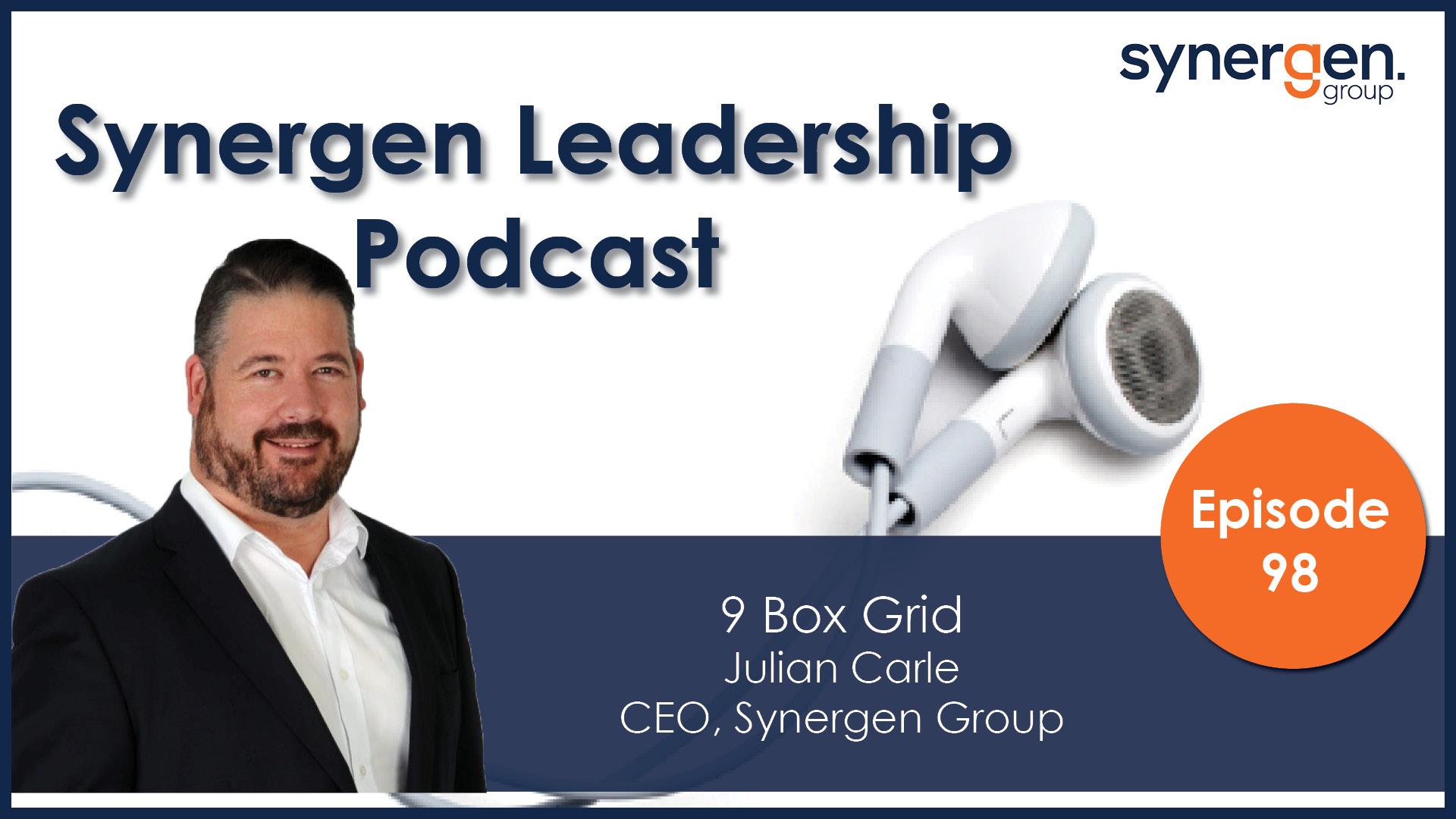 Posted at h in Content Ecosystem, Season 2 by Alison 0 Comments

Join Julian in this Synergen Group Content Ecosystem episode, where he introduces you to the framework called the 9 Box Grid.

The 9 Box Grid is an approach to looking at people’s performance and potential, and can be used for succession planning, including identifying potential leaders within an organisation.

This is a model which is gaining traction in organisations across Australia due to it’s simplicity and effectiveness.